The Vanishing Gradient Problem appears in Neural Networks when you train a NN using Gradient Descent, the gradients tend to get smaller and smaller as we keep on moving backward in a NN.

Basically in a Neural Network, after the forward propagation ends, the gradient is not providing meaningful information back to the first layers of the network.

The first layers of a Neural Network are important because they learn the simple patterns (features) and are actually the building blocks of the neural network. As we advance into the hidden layers of our network, the layers tend to learn more complex features. Small gradients result in poorly updated weights and biases for the initial layers with each training epoch.

One fix for the Vanishing Gradient Problem is using batch normalization, which reduces this problem by simply normalizing the input so |x| doesn’t reach the outer edges of the sigmoid function. 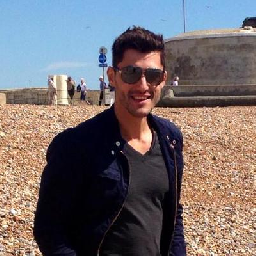 Working closely with product teams, designers, engineers and be involved in the full feature creation process in order to ensure that we are keeping highest quality standards by creating automation tools and tests from scratch to successfully deliver a valuable experience for users.

HOW TO LEVEL UP YOUR CAREER

GET FULL ARTICLES FOR FREE!